The Persistence of Religion 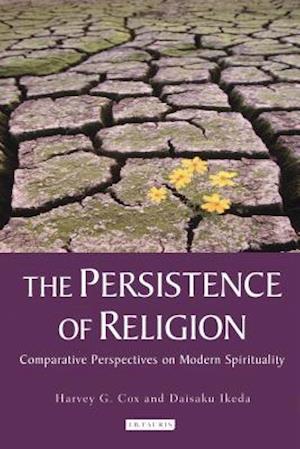 In the nineteenth century, Nietzsche famously announced that God was dead. In the twentieth century, increasing reliance on science and technology led to a widespread rejection of belief on the grounds of its irrationality. Yet religion has not died. In fact, the opposite has occurred: it has persisted and proliferated. Despite the relentless pursuit of scientific advancement, in the twenty-first century we now see religious influence everywhere. In this wide-ranging dialogue, two leading commentators on religion address - from their different but complementary traditions of Christianity and Buddhism - the continuing appeal of spirituality to people eager to explore fundamental questions of meaning. The authors indicate that science, for all its benefits, has limits of explanation. It may be able to show how, but not necessarily why. Yet belief too must not go unchallenged, since, as Ikeda says, 'religion can become either a medicine or a poison'. What then is the proper role of religion in a world plagued by intolerance and extremism? The authors point to its place in dialogue, education and peacebuilding.They emphasise the centrality of non-violence, and the inspiring examples of Gandhi, Martin Luther King and Nelson Mandela. In so doing they recount formative experiences of involvement in the civil rights movement and protest against Vietnam (Cox) and personal exposure to the misery and destruction of war (Ikeda). Their joint vision of a just and true religious sensibility makes a vital contribution to the fields of religion, peace studies and ethics.

Forfattere
Bibliotekernes beskrivelse Despite the relentless pursuit of scientific advancement, in the twenty-first century we see religious influence everywhere. This wide-ranging dialogue addresses the continuing appeal of spirituality to people eager to explore fundamental questions of meaning. It indicates that science, for all its benefits, has limits of explanation.