The Persian Sphinx: Amir Abbas Hoveyda and the Riddle of the Iranian Revolution 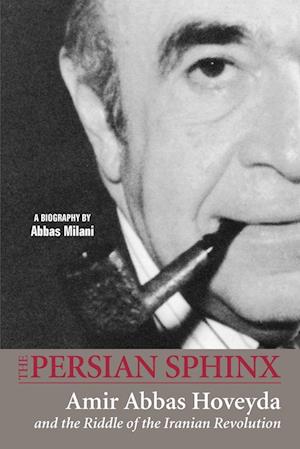 Amir Abbas Hoveyda was a central figure in the historic struggle between modernity and tradition in Iran-a struggle pitting Western cosmopolitanism against Persian isolationism, secularism against religious fundamentalism, and ultimately civil society and democracy against authoritarianism. Born in Tehran in 1919 to a family of solid middle class comforts and faded aristocratic roots, Hoveyda was an elegant, cultivated, well-read, and witty man, educated in Beirut, London, and Brussels. After entering the Iranian foreign service in 1942, he served in France, Germany, and Turkey, then returned to Iran in 1956 to join the National Iranian Oil Company. In 1965, the shah appointed him the country's prime minister. Hoveyda would serve faithfully in that post for thirteen years. Amir Abbas Hoveyda embodied the aspirations, the accomplishments and also the failures of a whole generation of Iranian technocrats-mostly Western-trained-who sought to free Iran from the travails of poverty and repression and guide it into the modern age. Hoveyda would be both a leader and a victim of that effort. In telling the story of Hoveyda's life, the author has not only laid bare the development of Iranian society during a pivotal period (1919-1978) but has also unearthed important new material on U.S.-Iranian relations. From 1957 onward, Amir Abbas Hoveyda played critical roles in dealing with U.S. foreign policy and fundamentalist Islamic opposition in Iran. Through careful use of hitherto unexamined archival materials, unpublished letters, and personal journals, along with extensive interviews with more than a hundred of Hoveyda's relatives, friends, and foes, the author has brilliantly caught the pathos and passion of Hoveyda's life and times. The Persian Sphinx is biography at its most powerful and will reward the scholar and the general reader alike.