The Perils of Federalism 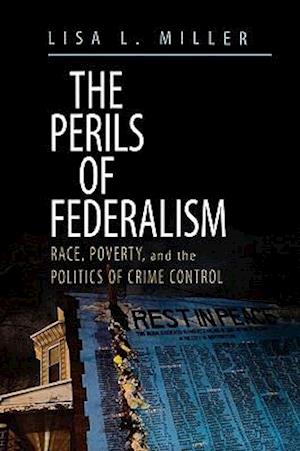 Frank Jackson champions the cause of conceptual analysis as central to philosophical inquiry. In recent years conceptual analysis has been undervalued and, Jackson suggests, widely misunderstood; he argues that there is nothing especially mysterious about it and a whole range of important questions cannot be productively addressed without it. He anchors his argument in discussion of specific philosophical issues, starting with the metaphysical doctrine ofphysicalism and moving on, via free will, meaning, personal identity, motion and change, to the philosophy of colour and to ethics. The significance of different kinds of supervenience theses, Kripke and Putnam's work in the philosophy of modality and language, and the role of intuitions about possible casesreceive detailed attention. Jackson concludes with a defence of a version of analytical descriptivism in ethics. In this way the book not only offers a methodological programme for philosophy, but also throws fascinating new light on some much-debated problems and their interrelations. puffs which may be quoted (please do not edit without consulting OUP editor): 'This is an outstanding book. It covers a vast amount of philosophy in a very short space, advances a number of original and striking positions, and manages to be both clear and concise in its expositions of other views and forceful in its criticisms of them. The book offers something new for those interested in the various individual problems it discusses-conceptual analysis, the mind-body relation, secondary qualities, modality, and ethical realism. But unifying these individualdiscussions is an ambitious structure which amounts to an outline of a complete metaphysical system, and an outline of an epistemology for this metaphysics. It is hard to think of a central area of analytic philosophy which will not be touched by Jackson's conclusions.' Tim Crane, Reader in Philosophy,University College London 'The writing is clear, straightforward, and down to earth-the usual virtues one expects from Jackson . . . what he has to say is innovative and valuable . . . the book deals with a large number of apparently diverse philosophical issues, but it is also an elegantly unified work. What gives it unity is the metaphilosophical framework that Jackson works out with great care and persuasiveness. This is the first serious and sustained work on the methodology of metaphysics in recent memory. What he says about the role of conceptual analysis in metaphysics is an important and timely contribution. . . . It is refreshing and heartening to see a first-class analytic philosopher doing some serious metaphilosophical work . . . I think that the book will be greeted as an important event inphilosophical publishing.' Jaegwon Kim, Professor of Philosophy, Brown UniversityIn the past dozen years, a number of American cities plagued by gun violence have tried to enact local laws to stem gun-related crime. Yet policymakers at the state and federal levels have very frequently stymied their efforts. This is not an atypical phenomenon. In fact, for a whole range of pressing social problems, state and federal policymakers ignore the demands of local communities that suffer from such ills the most. Lisa L. Miller asks, how does America'smulti-tiered political system shape crime policy in ways that empower the higher levels of government yet demobilize and disempower local communities? After all, crime has a disproportionate impact on poor and minority communities, which typically connect crime and violence to broader social andeconomic inequities at the local level. As The Perils of Federalism powerfully demonstrates, though, the real control to set policy lies with the state and federal governments, and at these levels single-issue advocates-gun rights groups as well as prison, prosecutorial and law enforcement agencies-are able to shape policy over the heads of the people most affected by the issue. There is a tragic irony in this. The conventional wisdom that emerged from the Civil Rights era was that the higher levels of government-and the federal level in particular-best served the disadvantaged, while localities were most likely to ignore the social problems resulting from racial and economic inequality. Crime policy, Miller argues, teaches us an opposite lesson: as policy control migrates to higher levels, the priorities of low-income minority communities are ignored, the realitiesof racial and economic inequality are marginalized, and citizens lose their voices. Taking readers from the streets of Philadelphia to the halls of Congress, she details how and why our system operates in the way that it does. Ultimately, the book not only challenges what we think about theadvantages of relying of federal power for sensible and fair solutions to longstanding social problems. It also highlights the deep disconnect between the structure of the American political system and the ideals of democratic accountability.