The Perils of Diversity 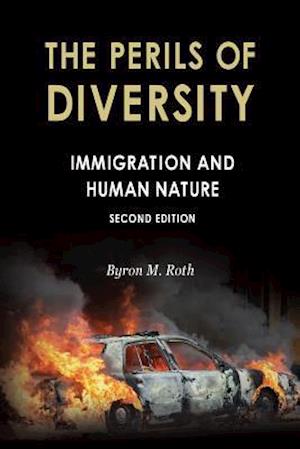 During the past four decades, Europe and the United States have undergone-and continue to undergo-demographic changes of unprecedented proportions. The public debate on immigration (if one takes place at all) is between "assimilation" and "multiculturalism," in other words, between encouraging immigrants to adopt host cultures or maintain ethnic loyalties and boundaries. But is the assimilation of different races and cultures into Western societies possible or desirable? Moreover, can any multicultural or multiracial nation-state achieve lasting social harmony? Such questions are critical and consequential, and yet they have become increasingly unspeakable. In *The Perils of Diversity*, Byron M. Roth brings a much-need perspective to the immigration debate-the science of human nature. Any policy of mass immigration, Roth argues, will be profoundly constrained by the fundamental features of human psychology. Prominent among these are heritable differences in intelligence and behavior, as well as the natural tendency toward trusting one's own extended kin group and being suspicious of and sometimes hostile towards others. Roth explores the history of immigration into Europe and the United States and addresses the disturbingly undemocratic nature of the regime of mass immigration, which is imposed on the citizens of Western nations in defiance of their clearly expressed wishes. The chasm between elite views and public opinion is so stark that current policies can only be maintained by an increasingly totalitarian suppression of dissent, one that undermines the foundations and identities of Western societies.