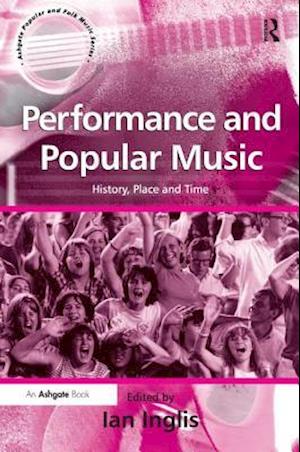 Since the emergence of rock'n'roll in the early 1950s, there have been a number of live musical performances that were not only memorable in themselves, but became hugely influential in the way they shaped the subsequent trajectory and development of popular music. Each, in its own way, introduced new styles, confronted existing practices, shifted accepted definitions, and provided templates for others to follow. Performance and Popular Music explores these processes by focusing on some of the specific occasions when such transformations occurred. An international array of scholars reveal that it is through the (often disruptive) dynamics of performance - and the interaction between performer and audience - that patterns of musical change and innovation can best be recognised. Through multi-disciplinary analyses which consider the history, place and time of each event, the performances are located within their social and professional contexts, and their immediate and long-term musical consequences considered. From the Beatles and Bob Dylan to Michael Jackson and Madonna, from Woodstock and Monterey to Altamont and Live Aid, this book provides an indispensable assessment of the importance of live performance in the practice of popular music, and an essential guide to some of the key moments in its history.

Forfattere
Bibliotekernes beskrivelse Explores the influence of the emergence of rock'n'roll in the early 1950s in the way it shaped the subsequent trajectory and development of popular music. It considers the history, place and time of each event, locates the performances within their social and professional contexts, and considers their immediate and long-term musical consequences.