The People's Army in the Spanish Civil War

- A Military History of the Republic and International Brigades 1936-1939 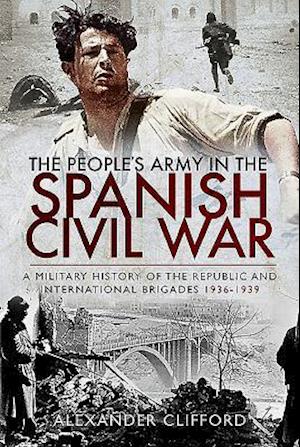 Why did the Spanish Republic lose the Spanish Civil War - and could the Republic have won? These are the key questions Alexander Clifford addresses in this in-depth study of the People's Army and the critical battles of Brunete, Belchite and Teruel. These battles represented the Republic's best chance of military success, but after bitter fighting its forces were beaten back. From then on the Republic, facing the superior army of Franco and the Nationalists, aided by Germany and Italy, faced inevitable defeat.This tightly focused and perceptive account of the military history of the Republic and its army is fascinating reading. As well as providing a broad overview of the strategy and tactics of the People's Army and its Nationalist opponents, Alexander Clifford quotes vivid eyewitness testimony to give the reader a direct insight into the experience of the front-line soldiers on both sides during these three critical battles. Their recollections reveal to the reader what it was like to fight in the scorching heat of the plains around Brunete, in the shattered streets of Belchite - still ruined to this day - and in the frozen hills of Teruel.