The People Who Made the Pill

- An In-Depth Look at the Characters Behind Oral Contraception 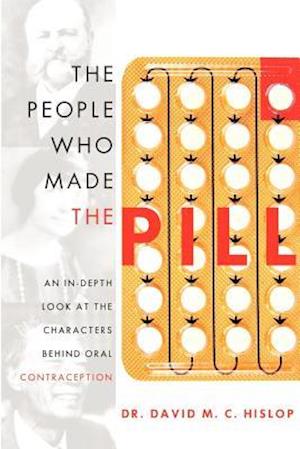 The Only book you will ever need to learn about The Pill and the people who brought it to life.

Dr. David Hislop recounts it all here in this detailed account of the birth of the pill and the fascinating roster of characters who contributed to it.

Beginning with the reforms of Margaret Sanger and the barriers of the Comstock laws, this comprehensive book includes perspectives on the biologists, Gregory Pincus and Min-Chueh Chang, the chemist Russell Marker, the philanthropist Katharine McCormick, the journalist and politician, Ernest Gruening and finally obstetrician and gynecologist John Rock. Considering the legal, social, scientific and religious barriers that led to the eventual government approval, The People Who Made the Pill is the definitive resource on this critical component of our cultural fabric.