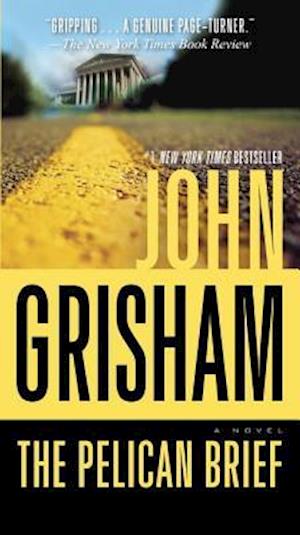 In suburban Georgetown, a killer's Reeboks whisper on the floor of a posh home. In a seedy D.C. porno house, a patron is swiftly garroted to death. The next day America learns that two of its Supreme Court justices have been assassinated. And in New Orleans, a young law student prepares a legal brief. To Darby Shaw it was no more than a legal shot in the dark, a brilliant guess. To the Washington establishment it's political dynamite. Suddenly Darby is witness to a murder-a murder intended for her. Going underground, she finds that there is only one person-an ambitious reporter after a newsbreak hotter than Watergate-she can trust to help her piece together the deadly puzzle. Somewhere between the bayous of Louisiana and the White House's inner sanctums, a violent cover-up is being engineered. For someone has read Darby's brief-someone who will stop at nothing to destroy the evidence of an unthinkable crime.