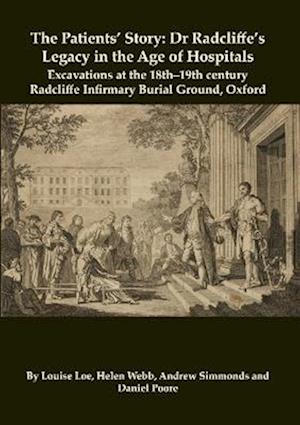 Excavations at the site of the burial ground of the old Radcliffe Infirmary, Oxford, revealed the largest assemblage of individual burials yet recovered from an 18th/19th century hospital site in Britain. Founded in 1770 with funds from the estate of the Royal physician and MP John Radcliffe, the infirmary was rare in having its own dedicated burial ground. The skeletons span a short period of time, between 1770 and 1852, and comprise patients who had not been claimed for burial in their home parish. Virtually all of them are unidentified, but documentary evidence shows that they comprise members of the labouring and middle classes, most of whom had originated from the locality and the surrounding counties. Their bones provide an important perspective on the health of industrialising post-medieval populations, characterised by high rates of trauma and disease. They highlight the hitherto unrecognised role that the operating theatre and mortuary played in the development of medical education in Oxford. Further, they offer a unique and fascinating perspective on early modern hospital care, surgery and burial, from a period when hospitals underwent a radical transformation, becoming the medically-focused institutions that we know today.