The Parteihochschule Karl Marx under Ulbricht and Honecker, 1946-1990 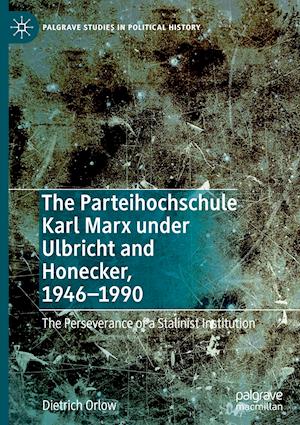 Presenting the history of an unexplored yet significant institution in East Germany, this book analyses the development of the Parteihochschule Karl Marx (PHS), a training institute for Communist party officials and members of the functional elite. By chronicling the PHS from its establishment in 1946, the author demonstrates how it sought to implement Stalin's rule, and sheds light on the activities of the Socialist Unity Party of Germany (SED) in the German Democratic Republic. The book focuses on the leadership of Walter Ulbricht and Erich Honecker as First Secretary and General Secretary of the SED respectively, and examines key personalities within the PHS. The activities of party functionaries under the rule of Hanna Wolf and Kurt Tiedke are scrutinised, revealing the dogmatic nature of the East German regime. An essential read for anyone interested in German history and East European Communism, this book brings to light one of the key institutions in implementing Stalinism and Marxism-Leninism in the German Democratic Republic.