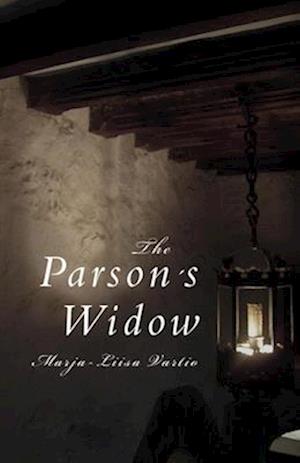 After the publication of The Parson's Widow, Vartio's fifth novel, Finnish critics hailed it as a masterpiece, her finest literary achievement. This is the first opportunity for English readers to become acquainted with her unforgettable characters: the eccentric widow of a country parson, her maid Alma, and the other inhabitants of a rural village. Readers will discover the passions that lie beneath the villagers' reserve and formality, and that from time to time break through the polite surface with devastating results. The two women at the center of this book are marvelous storytellers, though they often argue bitterly about whose version of events is correct. As they reveal, sometimes with boistrous humor, the painful moments of their relationships with the people in their lives, we begin to see how much the world of this remote Finnish village resembles our own. This frugal novel from the Finnish Vartio (1924-1966), is set in a Finnish village (near Viipuri) during the early 20th century. The mentally unstable title character, Adele, argues with her maid, Alma, about the fire that consumed the parsonage, and soon moves on to other topics. An obsession with a set of stuffed birds-passed down from the parson's uncle to the parson, to his wife and, finally, to Alma's care-serves as a major focus, with ample space devoted to addiction, sexual violence, the color of Alma's scarf on the day the Alma and Adele first met and Adele's criticism of Alma for her treatment of the birds. That last inspires Alma to tell a face-saving lie: that a rare, stuffed swan resides in her family home. The tale feeds Adele's mad obsession and leads to a shocking final conflict between the parson's widow and her maid. With a masterful judiciousness of detail, Vartio manages to make the slight scenario take on a great deal of weight. The perpetual conflict is as affecting as it is absurd.