The Parish Churches of Loudoun and their Clergy up to 1845 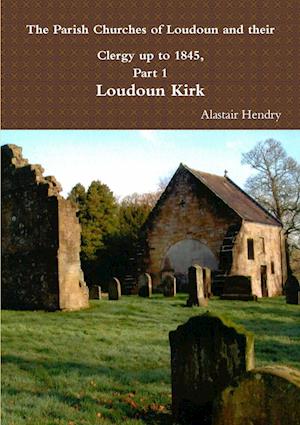 The History of Loudoun Kirk, nr Galston, Ayrshire, researched by Alastair Hendry. Once the parish kirk of Loudoun, which fell into a state of disrepair after the reformation. It later became the burial vault of the Campbells of Loudoun. It has since had the remains of the chancel restored thanks to Historic Scotland, The Heritage Lottery Fund and local donors, too numerous to mention individually. As a kirk, it has been re-dedicated and is now suitable for small services, including weddings and Christening. It lies in a lovely tranquil wooded area and is a favourite walk for many locals as well as being popular with visitors to the area, in particular those interested in family history. The burial ground holds many interesting memorial stones including, Lady Flora Hastings, Thomas Fleming (covenantor), Janet Little (poetess known as the Scottish Milkmaid) and many other interesting characters. More information can be found on our web site:- www.loudounkirk.org