The Paradox of American Unionism

- Why Americans Like Unions More Than Canadians Do, But Join Much Less 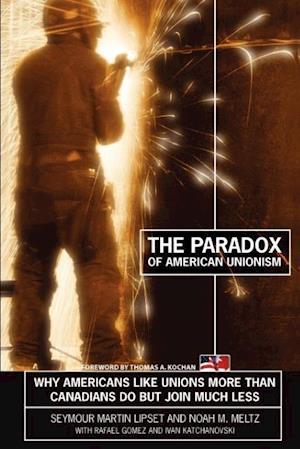 Why have Americans, who by a clear majority approve of unions, been joining them in smaller numbers than ever before? This book answers that question by comparing the American experience with that of Canada, where approval for unions is significantly lower than in the United States, but where since the mid-1960s workers have joined organized labor to a much greater extent. Given that the two countries are outwardly so similar, what explains this paradox? This book provides a detailed comparative analysis of both countries using, among other things, a detailed survey conducted in the United States and Canada by the Ipsos-Reid polling group.The authors explain that the relative reluctance of employees in the United States to join unions, compared with those in Canada, is rooted less in their attitudes toward unions than in the former country's deep-seated tradition of individualism and laissez-faire economic values. Canada has a more statist, social democratic tradition, which is in turn attributable to its Tory and European conservative lineage. Canadian values are therefore more supportive of unionism, making unions more powerful and thus, paradoxically, lowering public approval of unions. Public approval is higher in the United States, where unions exert less of an influence over politics and the economy.