The Papers of Francis Bernard

indgår i serie PUBLICATIONS OF THE COLONIAL SOCIETY OF MASSACHUSETTS 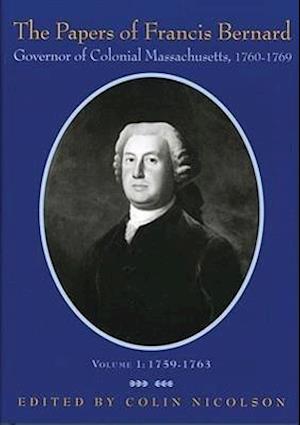 Sir Francis Bernard (1712-1779), royal governor of colonial Massachusetts from 1760 to 1769, witnessed the rapid dissipation of happy sentiment stemming from Anglo-American victory in the French and Indian War and the first stirrings of colonial radicalism. The writs of assistance case, the Stamp Act riots, and the ensuing boycotts of British manufactures all happened on his watch. Bernard himself proved to be a controversial figure. His most vociferous opponents accused him of aggressively pursuing customs violations to augment his own income. Others believed that he had deliberately misrepresented political conditions in Boston in order to persuade authorities in England to dispatch troops to support his troubled administration. At the end of his governorship, the Massachusetts House of Representatives petitioned for his recall, even as the king awarded him a baronetcy for his loyal service. Once home in England, Bernard slipped easily into the role of an expert on colonial affairs and helped devise imperial policies that would exacerbate the growing crisis.Bernard's letters and other incidental papers provide abundant insight into the personalities and bitter controversies agitating Boston in the pre-Revolutionary period. Often consulted by scholars in transcripts and on microfilm, they constitute one of the most important sources on the period, yet this edition is the first comprehensive selection of his letters to be published. The explanation for this neglect can only be that, as far as American readers are concerned, he was on the wrong side of the conflict. Read side-by-side with the papers of John and Samuel Adams, Bernard's letters allow us to understand fully events in Massachusetts leading up to the Revolution.This is the first of three volumes of selected letters, to be followed upon completion by a calendar of documents covering his life and career.Distributed for the Colonial Society of Massachusetts