The Palaeolithic Origins of Human Burial 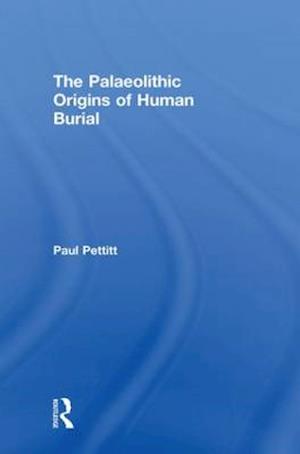 Humans are unique in that they expend considerable effort and ingenuity in disposing of the dead. Some of the recognisable ways we do this are visible in the Palaeolithic archaeology of the Ice Age. The Palaeolithic Origins of Human Burial takes a novel approach to the long-term development of human mortuary activity - the various ways we deal with the dead and with dead bodies. It is the first comprehensive survey of Palaeolithic mortuary activity in the English language. Observations in the modern world as to how chimpanzees behave towards their dead allow us to identify 'core' areas of behaviour towards the dead that probably have very deep evolutionary antiquity. From that point, the palaeontological and archaeological records of the Pliocene and Pleistocene are surveyed. The core chapters of the book survey the mortuary activities of early hominins, archaic members of the genus Homo, early Homo sapiens, the Neanderthals, the Early and Mid Upper Palaeolithic, and the Late Upper Palaeolithic world. Burial is a striking component of Palaeolithic mortuary activity, although existing examples are odd and this probably does not reflect what modern societies believe burial to be, and modern ways of thinking of the dead probably arose only at the very end of the Pleistocene. When did symbolic aspects of mortuary ritual evolve? When did the dead themselves become symbols? In discussing such questions, The Palaeolithic Origins of Human Burial offers an engaging contribution to the debate on modern human origins. It is illustrated throughout, includes up-to-date examples from the Lower to Late Upper Palaeolithic, including information hitherto unpublished.