The Palace of Secrets 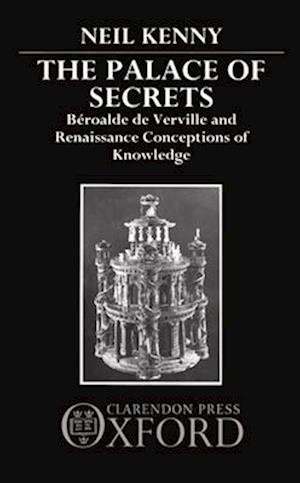 During the Renaissance, very divergent conceptions of knowledge were debated. Dominant among these was encyclopedism, which treated knowledge as an ordered and unified circle of learning in which branches were logically related to each other. By contrast, writers like Montaigne saw human knowledge as an inherently unsystematic and subjective flux. The Palace of Secrets explores the tension between these two views by examining specific areas such astheories of knowledge, uses of genre, and the role of fiction in philosophical texts. Examples are drawn from numerous sixteenth- and seventeenth-century texts but focus particularly on the polymath Beroalde de Verville, whose work graphically illustrates these two competing conceptions of knowledge, since hegradually abandoned encyclopedism. Hitherto Beroalde has been mainly known for the extraordinary and notorious Moyen de parvenir; this is the first detailed study of the whole range of his work, both fictional and learned. The book straddles literary and intellectual history, and indeed it demonstrates that the division between the two has little meaning in Renaissance terms. The intellectual conflicts which it explores have significance for the history of thought right up tothe Enlightenment.

Forfattere
Bibliotekernes beskrivelse Encyclopaedism proposed the organization of knowledge on an ordered and unified basis. Its tenets were gainsaid by Montaigne among others. Beroalde began his career as an encyclopaedist but gradually modified his views. Kenny uses his career as the focus of this study of Renaissance thought. 6 halftones