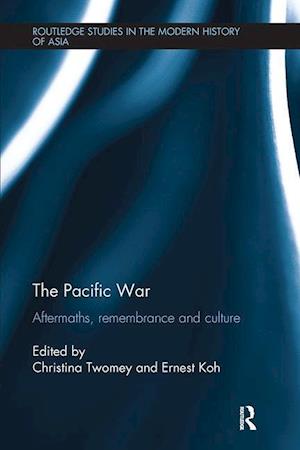 The Pacific War is an umbrella term that refers collectively to a disparate set of wars, however, this book presents a strong case for considering this assemblage of conflicts as a collective, singular war. It highlights the genuine thematic commonalities in the legacies of war that cohere across the Asia-Pacific and shows how the wars, both individually and collectively, wrought dramatic change to the geo-political makeup of the region. This book discusses the cultural, political and social implications of the Pacific War and engages with debates over the war's impact, legacies, and continuing cultural resonances. Crucially, it examines the meanings and significance of the Second World War from a truly international perspective and the contributors present fascinating case studies that highlight the myriad of localised idiosyncrasies in how the Pacific War has been remembered and deployed in political contexts. The chapters trace the shared legacy that the individual wars had on demographics, culture and mobility across the Asia Pacific, and demonstrate how in the aftermath of the war political borders were transformed and new nation states emerged. The book also considers racial and sexual tensions which accompanied the arrival of both Allied and Axis personnel and their long lasting consequences, as well as the impact returning veterans and the war crime trials that followed the conflict had on societies in the region. In doing so, it succeeds in illuminating the events and issues that unfolded in the weeks, months, and indeed decades after the war.This interdisciplinary volume examines the aftermaths and legacies of war for individuals, communities, and institutions across South, Southeast, and East Asia, Oceania, and the Pacific world. As such, it will be welcomed by students and scholars of Asian history, modern history and cultural history, as well as by those interested in issues of memory and commemoration.