Troilus and Cressida: The Oxford Shakespeare 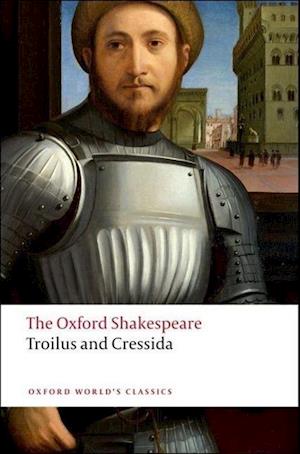 Designed to appeal to teachers and students of international relations and political theory, this exciting, user-friendly text explores the ethical dimensions of some of the most complex problems in world politics.The book opens with a discussion of different methods and approaches employed to study the subject, including analytical political theory, post-structuralism and critical theory. It then surveys some of the most prominent perspectives on global ethics, including cosmopolitanism, communitarianism of various kinds, theories of international society, realism, postcolonialism, feminism, and green political thought. Part III examines a variety of more specific issues, including immigration,democracy, human rights, the just war tradition and its critics, international law, and global poverty and inequality.The book is supported by an Online Resource Centre including: Glossary Extra case studies PowerPoint slides Web linksTroilus and Cressida is perhaps Shakespeare's most philosophical play, and its preoccupation with war, sex, and time has seemed peculiarly relevant since the First World War. Fine productions have demonstrated the play's theatrical power, and critics have explored and illuminated its ideas and its exceptionally complex language. Kenneth Muir, in his introduction, sets the play in its historical context, discusses its odd career in the theatre, examines Shakespeare's handling of his multiple sources, and assesses the contribution of interpretative criticism to a deeper understanding of this sombre examination of a fallen world. ABOUT THE SERIES: For over 100 years Oxford World's Classics has made available the widest range of literature from around the globe. Each affordable volume reflects Oxford's commitment to scholarship, providing the most accurate text plus a wealth of other valuable features, including expert introductions by leading authorities, helpful notes to clarify the text, up-to-date bibliographies for further study, and much more.