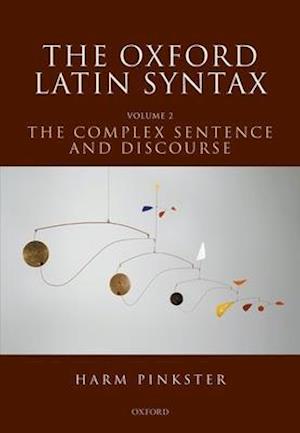 In this two-volume work, the first full-scale treatment of its kind in English, Harm Pinkster applies contemporary linguistic theories and the findings of traditional grammar to the study of Latin syntax. He takes a non-technical and principally descriptive approach, based on literary and non-literary texts dating from c.250 BC to c.450 AD. The volumes contain a wealth of examples to illustrate the grammatical phenomena under discussion, many of them from the worksof Plautus and Cicero, alongside extensive references to other sources of examples such as the Oxford Latin Dictionary and the Thesaurus Linguae Latinae. While the first volume explored the simple clause, this second volume focuses on the complex sentence and discourse. The first three chapters examine different types of subordinate clause; the following four then explore relative clauses, coordination, comparison, and secondary predicates. Later chapters investigate information structure and extraclausal expressions, word order, and discourse and related features. The Oxford Latin Syntax will be a valuable and up-to-date resource both forprofessional Latinists and all linguists with an interest in Classics.

Forfattere
Bibliotekernes beskrivelse This second volume of a two-volume work applies contemporary linguistic theories and the findings of traditional grammar to the study of Latin syntax. It the first full-scale treatment of its kind in English, and contains extensive examples from literary and non-literary sources including Plautus and Cicero.