- Bang, P: Oxford Handbook of the State in the Ancient Near Ea 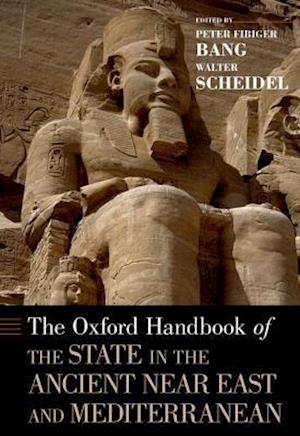 This Handbook offers a comprehensive survey of ancient state formation in western Eurasia and North Africa. Eighteen experts introduce readers to a wide variety of systems spanning 4,000 years, from the earliest known states in world history to the Roman Empire and its successors. It seeks to understand the inner workings of these states by focusing on key issues: political and military power, mechanisms of cooperation, coercion, and exploitation, the impact ofideologies, and the rise and demise of individual polities. This shared emphasis on critical institutions and dynamics invites comparative and cross-cultural perspectives. A detailed introductory review of contemporary approaches to the study of the state puts the rich historical case studies in context.Transcending conventional boundaries between ancient Near Eastern and Mediterranean history and between ancient and early medieval history, this volume is of interest not only to historians but also to anthropologists, archaeologists, sociologists, and political scientists. An accessible style and up-to-date references make it an invaluable resource for scholars, students, and general readers alike.

Forfattere
Bibliotekernes beskrivelse Tracing the evolution of the state from its beginnings to the early Middle Ages, this comprehensive handbook focuses on key institutions and dynamics while providing accessible accounts of states and empires in the ancient Near East and Mediterranean. 24 maps, 2 illus.