The Oxford Handbook of the Protestant Reformations

- Rublack, U: Oxford Handbook of the Protestant Reformations 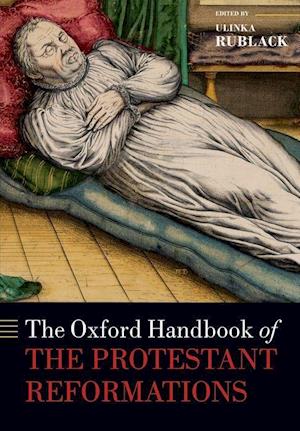 This work is the most complete edition of the remains of the lost five-volume work, Exposition of Dominical Oracles, by Papias of Hierapolis, a second-century Christian commentator. In all, some ninety-eight separate mentions of Papias and his work are documented, from the second century to the age of printing in the fifteenth century, both in their original language and in English translation. This body of evidence is scattered over fourteen centuriesacross fifty-seven different authors writing in five different languages (Greek, Latin, Syriac, Arabic, and Armenian).This edition adopts the distinction between his fragments proper, for what we know of his work, and the testimonia, for what we know of his reception. In addition to these, Stephen C. Carlson provides a list of potential citations of Papias, potential uses of Papias, and fragments falsely attributed to Papias. The volume features an extensive introduction treating the most important instances of reception of Papias and his work.Borderlands in Europe and the Mediterranean Middle East proposes a profound rethink of the complex relationship between Europe-defined here as the European Union and its members-and the states of the Mediterranean Middle East and North Africa (MENA), Europe's 'southern neighbours'. These relations are examined through a borderlands prism that conceives of this interaction as of one between an empire of sorts, which seeks to export its order beyond theborder, and the empire's southern borderlands. Focusing on trade relations on the one hand, and the cooperation on migration, borders, and security on the other, the book revisits the historical origins and modalities of Europe's selective rule transfer to MENA states, the interests underwriting these policies, andthe complex dynamics marking the interaction between the two sides over a twenty-year period (1995-2015). It shows that within a system of structurally asymmetric economic relations from which Europe and MENA elites benefit the most, single MENA governments have been co-opted into the management of border and migration control where they act as Europe's gatekeepers. Combined with specific policy choices of MENA governments, Europe's selective expansion of its rules, practices, and disaggregatedborders have in fact contributed to rising socio-economic inequalities and the strengthening of authoritarian rule in the 'southern neighbourhood', with Europe tacitly tolerating serious violations of the rights of refugees and migrants at its fringes. Challenging the self-proclaimed benevolentnature of European policies and the notion of 'Fortress Europe' alike, the findings of this study contribute to broader debates on power, dependence, and interdependence in the discipline of International Relations.This is the first Handbook of the Reformations to include global Protestantism, and the most comprehensive Handbook on the development of Protestant practices which has been published so far. The volume brings together international scholars in the fields of theology, intellectual thought, and social and cultural history. Contributions focus on key themes, such as Martin Luther or the Swiss reformations, offering an up-to-date perspective on current scholarlydebates, but they also address many new themes at the cutting edge of scholarship, with particularly emphasis on the history of emotions, the history of knowledge, and global history.This new approach opens up fresh perspectives onto important questions: how did Protestant ways of conceiving the divine shape everyday life, ideas of the feminine or masculine, commercial practices, politics, notions of temporality, or violence? The aim of this Handbook is to bring to life the vitality of Reformation ideas. In these ways, the Handbook stresses that the Protestant Reformations in all their variety, and with their important "radical" wings, must be understood as one of thelasting long-term historical transformations which changed Europe and, subsequently, significant parts of the world.

Forfattere
Bibliotekernes beskrivelse This work is the most complete edition to date of the remains of the lost five-volume work, Exposition of Dominical Oracles, by Papias of Hierapolis, a second-century Christian commentatorThe study proposes a different understanding of the complex relationship between Europe and the Mediterranean Middle East and North Africa, it challenges the conventional wisdom on Europe's benevolent foreign policy and the image of 'Fortress Europe' alike.This Handbook takes a broad overview of the Protestant