The Oxford Handbook of the Age of Shakespeare

- Oxford Handbook of the Age of Shakespeare 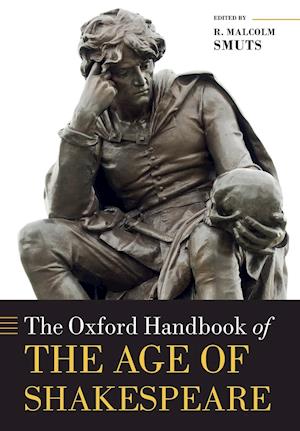 The European Court of Human Rights is one of the main players in interpreting international human rights law where issues of general international law arise. While developing its own jurisprudence for the protection of human rights in the European context, it remains embedded in the developments of general international law. However, because the Court does not always follow general international law closely and develops its own doctrines, which are, in turn,influential for national courts as well as other international courts and tribunals, a feedback loop of influence occurs.This book explores the interaction, including the problems arising in the context of human rights, between the European Convention on Human Rights and general international law. It contributes to ongoing debates on the fragmentation and convergence of international law from the perspective of international judges as well as academics. Some of the chapters suggest reconciling methods and convergence while others stress the danger of fragmentation. The focus is on specific topics which haveposed special problems, namely sources, interpretation, jurisdiction, state responsibility and immunity.The Oxford Handbook of the Age of Shakespeare presents a broad sampling of current historical scholarship on the period of Shakespeare's career that will assist and stimulate scholars of his poems and plays. Rather than merely attempting to summarize the historical 'background' to Shakespeare, individual chapters seek to exemplify a wide variety of perspectives and methodologies currently used in historical research on the early modern period that can informclose analysis of literature. Different sections examine political history at both the national and local levels; relationships between intellectual culture and the early modern political imagination; relevant aspects of religious and social history; and facets of the histories of architecture, the visualarts, and music. Topics treated include the emergence of an early modern 'public sphere' and its relationship to drama during Shakespeare's lifetime; the role of historical narratives in shaping the period's views on the workings of politics; attitudes about the role of emotion in social life; cultures of honour and shame and the rituals and literary forms through which they found expression; crime and murder; and visual expressions of ideas of moral disorder and natural monstrosity, in printedimages as well as garden architecture.

Forfattere
Bibliotekernes beskrivelse This book explores the interaction, divergence, and convergence between the European Court of Human Rights and general international law as developed by the International Court of Justice. It focuses on sources of international law, methods of interpretation, jurisdiction, state responsibility and immunity.The Oxford Handbook of the Age of Shakespeare offers literary scholars a variety of perspectives, insights, and methodologies found in current historical work that inform the study of Shakespe Numerous black-and-white halftones