The Oxford Handbook of Names and Naming 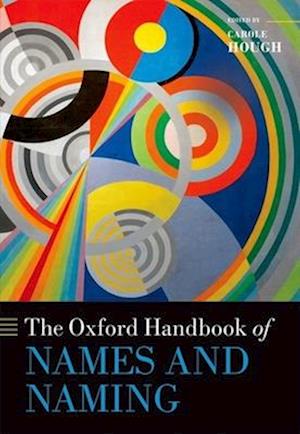 In this handbook, scholars from around the world offer an up-to-date account of the state of the art in different areas of onomastics, in a format that is both useful to specialists in related fields and accessible to the general reader. All known languages make use of names, most commonly to identify individual people and places. Since Ancient Greece, names have been regarded as central to the study of language, and this has continued to be a major theme of bothphilosophical and linguistic enquiry throughout the history of Western thought. The investigation of name origins is more recent, as is the study of names in literature. Relatively new is the study of names in society, which draws on techniques from sociolinguistics and has gradually been gatheringmomentum over the last few decades.The structure of this volume reflects the emergence of the main branches of name studies, in roughly chronological order. The first Part focuses on name theory and outlines key issues about the role of names in language, focusing on grammar, meaning, and discourse. Parts II and III deal with the study of place-names and personal names respectively, while Part IV outlines contrasting approaches to the study of names in literature, with case studies from different languages and time periods. PartV explores the field of socio-onomastics, with chapters relating to the names of people, places, and commercial products. Part VI then examines the interdisciplinary nature of name studies, before the concluding Part presents a selection of animate and inanimate referents ranging from aircraft toanimals, and explains the naming strategies adopted for them.

Forfattere
Bibliotekernes beskrivelse This handbook offers an up-to-date account of the state of the art in different areas of onomastics, in a format that is both useful for specialists and accessible to the general reader. International experts examine name theory, place and personal names, names in literature, socio-onomastics, names and other disciplines, and other types of names.