The Oxford Handbook of Music and Virtuality 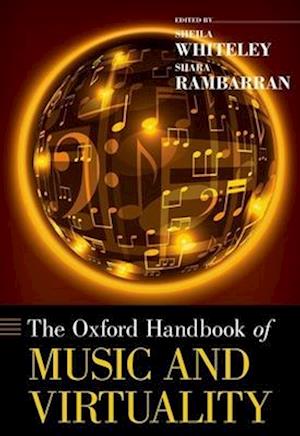 Has the virtual invaded the realm of the real, or has the real expanded its definition to include what once was characterized as virtual? With the continual evolution of digital technology, this distinction grows increasingly hazy. But perhaps the distinction has become obsolete; perhaps it is time to pay attention to the intersections, mutations, and transmigrations of the virtual and the real. Certain it is time to reinterpret the practice and study of music.The Oxford Handbook of Music and Virtuality, edited by Shelia Whiteley and Shara Rambarran, is the first book to offer a kaleidoscope of interdisciplinary perspectives from scholars around the globe on the way in which virtuality mediates the dissemination, acquisition, performance, creation, andreimagining of music. The Oxford Handbook of Music and Virtuality addresses eight themes that often overlap and interact with one another. Questions of the role of the audience, artistic agency, individual and communal identity, subjectivity, and spatiality repeatedly arise. Authors specifically explore phenomena including holographic musicians and virtual bands, and the benefits and detriments surrounding the free circulation of music on the internet. In addition, the book investigates the way in whichfans and musicians negotiate gender identities as well as the dynamics of audience participation and community building in a virtual environment. The handbook rehistoricizes the virtual by tracing its progression from cartoons in the 1950s to current industry innovations and changes in practice. Well-groundedand wide-reaching, this is a book that students of any number of disciplines, from Music to Cultural Studies, have awaited.

Forfattere
Bibliotekernes beskrivelse The Oxford Handbook of Music and Virtuality, edited by Sheila Whiteley and Shara Rambarran, brings together a multidisciplinary group of scholars who address issues such as artistic agency, the relationship between reality and illusion or simulation, and the construction of musical personae, subjectivities and identities in a virtual world. 55 images