The Oxford Handbook of Millennialism 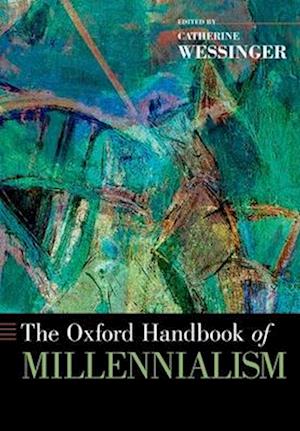 Christian Dispensationalism, the Taiping Revolution, cargo cults in Oceania, the Baha'i Faith, and the Raelian Movement would seem to have little in common. What they share, however, is a millennial orientation-the audacious human hope for a collective salvation, which may be heavenly or earthly or both. Although many religions feature a belief in personal salvation, millennial faiths are characterized by the expectation that salvation will be accomplished for anentire group by a superhuman agent, with or without human collaboration. The Oxford Handbook of Millennialism offers readers an in-depth look at both the theoretical underpinnings of the study of millennialism and its many manifestations across history and cultures.While the term "millennialism" is drawn from Christianity, it is a category that is used to study religious expressions in diverse cultures, religious traditions, and historical periods. Sometimes, millennial expectations are expressed in peaceful ways. Other times, millennialists become involved in violence. The Oxford Handbook of Millennialism begins with a section that examines four primary types of millennialism. Chapters in the next section examine key issues such as charismatic leadership, use of scripture, prophetic failure, gender roles, children, tension with society, and violence. The rest of the book explores millennialism in a wide variety of places and times, from ancient Near Eastern movements to contemporary apocalyptic and new age movements, including the roles played bymillennialism in national and international conflicts. This handbook will be a valuable resource for scholars of religious studies, sociology, psychology, history, and new religious movements.

Forfattere
Bibliotekernes beskrivelse Seventh-Day Adventists, Melanesian cargo cults, David Koresh's Branch Davidians, and the Raelian UFO religion would seem to have little in common. What these groups share, however, is a millennial orientation-the audacious human hope for a collective salvation, which may be either heavenly or earthly.PRIZES:Winner of CHOICE Outstanding Academic Title.