The Oxford Handbook of Kierkegaard 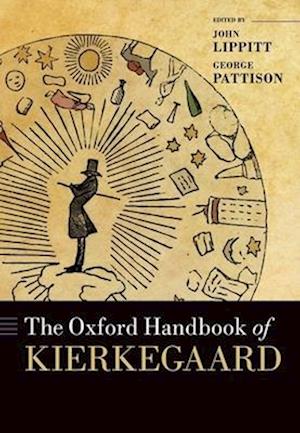 The Oxford Handbook of Kierkegaard brings together some of the most distinguished contemporary contributors to Kierkegaard research together with some of the more gifted younger commentators on Kierkegaard's work. There is significant input from scholars based in Copenhagen's Soren Kierkegaard Research Centre, as well as from philosophers and theologians from Britain, Germany, and the United States. Part 1 presents some of the philological, historicaland contextual work that has been produced in recent years, establishing a firm basis for the more interpretative essays found in following parts. This includes looking at the history of his published and unpublished works, his cultural and social context, and his relation to Romanticism, German Idealism, theChurch, the Bible, and theological traditions. Part 2 moves from context and background to the exposition of some of the key ideas and issues in Kierkegaard's writings. Attention is paid to his style, his treatment of ethics, culture, society, the self, time, theology, love, irony, and death. Part 3 looks at the impact of Kierkegaard's thought and at how it continues to influence philosophy, theology, and literature. After an examination of issues around translating Kierkegaard, this sectionincludes comparisons with Nietzsche, Heidegger, and Wittgenstein, as well as examining his role in modern theology, moral Philosophy, phenomenology, postmodernism, and literature.

Forfattere
Bibliotekernes beskrivelse The Oxford Handbook of Kierkegaard brings together an outstanding selection of contemporary specialists and uniquely combines work on the background and context of Kierkegaard's writings, exposition of his key ideas, and a survey of his influence and heritage.