The Oxford Handbook of Gender and Politics 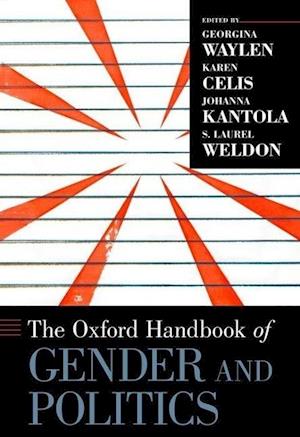 As a field of scholarship, gender and politics has exploded over the last fifty years and is now global, institutionalized, and ever expanding. The Oxford Handbook of Gender and Politics brings to political science an accessible and comprehensive overview of the key contributions of gender scholars to the study of politics and shows how these contributions produce a richer understanding of polities and societies. Like the field it represents, the handbook has a broad understanding of what counts as political and is based on a notion of gender that highlights masculinities as well as femininities, thereby moving feminist debates in politics beyond the focus on women. It engages with some of the key aspects of political science as well as important themes in gender and feminist research (such as sexuality and body politics), thereby forging a dialogue between gender studies in politics and mainstreampolitical science. The handbook is organized in sections that look at sexuality and body politics; political economy; civil society; participation, representation and policymaking; institutions, states and governance as well as nation, citizenship and identity. The Oxford Handbook of Gender and Politics contains and reflects the best scholarship in its field.