The Oxford Handbook of Danish Politics 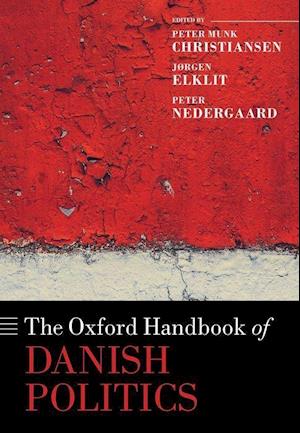 The Oxford Handbook of Danish Politics provides the most comprehensive and thorough English language book on Danish politics ever written. It features chapters by 50 leading experts who have contributed extensively to the field they write about. Why is Denmark an interesting topic for a Handbook? In some respects, Danish political institutions and political life are very similar to that of other small, North European countries such as the other Scandinavian countries and Netherland. However, in other respects, Danish politics is interesting in its own right. For instance, Denmark has a world record in minority governments. According to standard scholarly knowledge, this should result in unstable governments and a bad economy. This isnot the case, however, since Denmark has a rather stable political system and a strong and robust economy among the strongest in Europe. How? The Danes have continued reservations towards the EU despite close to 50 years of EC/EU membership, and the Danes rejected the Maastricht Treaty in 1992. Still,the EU issue is handled in ways that do not call for large political battles. How? A third example is that Denmark used to be known as a tolerant and liberal society; its Jews were almost all saved during German occupation during WWII, Denmark was the first country to free pornography, and the first country to formally register same-sex couples. Yet recent Danish politics has also been associated with xenophobia and anti-Muslim sentiments. Why?

Forfattere
Bibliotekernes beskrivelse The Oxford Handbook of Danish Politics provides the most comprehensive and thorough English language book on Danish Politics ever written.