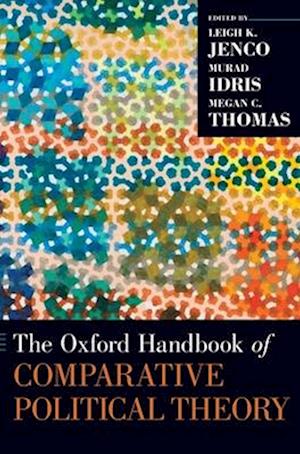 Increased flows of people, capital, and ideas across geographic borders raise urgent challenges to the existing terms and practices of politics. Comparative political theory seeks to devise new intellectual frames for addressing these challenges by questioning the canonical (that is, Euro-American) categories that have historically shaped inquiry in political theory and other disciplines. It does this byanalyzing normative claims, discursive structures, andformations of power in and from all parts of the world. By looking to alternative bodies of thought and experience, as well as the terms we might use to critically examine them, comparative political theory encourages self-reflexivity about the premises of normative ideas and articulates new possibilities forpolitical theory and practice.The Oxford Handbook of Comparative Political Theory provides an entry point into this burgeoning field by both synthesizing and challenging the terms which motivate it. Over the course of five thematic sections and thirty-three chapters, this volume surveys the field and archives of comparative political theory, bringing the many approaches to the field into conversation for the first time. Sections address geographic location as a subject of political theorizing; how the past becomesa key site for staking political claims; the politics of translation and appropriation; the justification of political authority; and questions of disciplinary commitment and rules of knowledge. Ultimately, the handbook demonstrates how mainstream political theory can and must be enriched through attention togenuinely global, rather than parochially Euro-American, contributions to political thinking.