The Oxford Handbook of British Philosophy in the Eighteenth Century 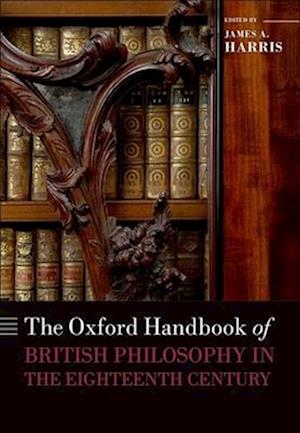 Philosophy in eighteenth-century Britain was diverse, vibrant, and sophisticated. This was the age of Hume and Berkeley and Reid, of Hutcheson and Kames and Smith, of Ferguson and Burke and Wollstonecraft. Important and influential works were published in every area of philosophy, from the theory of vision to theories of political resistance, from the philosophy of language to accounts of ways of governing the passions. The philosophers of eighteenth-century Britainwere enormously influential, in France, in Italy, in Germany, and in America. Their ideas and arguments remain a powerful presence in philosophy three centuries later. This Oxford Handbook is the first book ever to provide comprehensive coverage of the full range of philosophical writing in Britain in the eighteenth century. It provides accounts of the writings of all the major figures, but also puts those figures in the context provided by a host of writers less well known today. The book has five principal sections: 'Logic and Metaphysics', 'The Passions', 'Morals', 'Criticism', and 'Politics'. Each section comprises four chapters, providing detailedcoverage of all of the important aspects of its subject matter. There is also an introductory section, with chapters on the general character of philosophizing in eighteenth-century Britain, and a concluding section on the important question of the relation at this time between philosophy and religion.The authors of the chapters are experts in their fields. They include philosophers, historians, political theorists, and literary critics, and they teach in colleges and universities in Britain, in Europe, and in North America.

Forfattere
Bibliotekernes beskrivelse This is the first book to provide comprehensive coverage of the full range of philosophical writing in Britain in the eighteenth century. A team of experts provides new accounts of both major and lesser-known thinkers, and explores the diverse approaches in the period to logic and metaphysics, the passions, morality, criticism, and politics.