The Oxford Handbook of Borderlands of the Iberian World 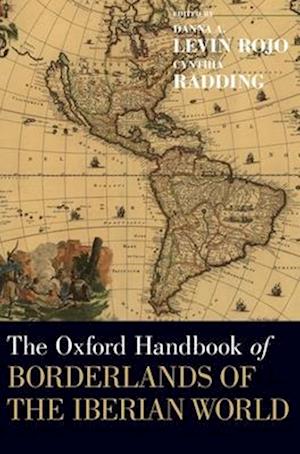 This collaborative multi-authored volume integrates interdisciplinary approaches to ethnic, imperial, and national borderlands in the Iberian World (16th to early 19th centuries). It illustrates the historical processes that produced borderlands in the Americas and connected them to global circuits of exchange and migration in the early modern world. The book offers a balanced state-of-the-art educational tool representing innovative research for teaching andscholarship. Its geographical scope encompasses imperial borderlands in what today is northern Mexico and southern United States; the greater Caribbean basin, including cross-imperial borderlands among the island archipelagos and Central America; the greater Paraguayan river basin, including the Gran Chaco,lowland Brazil, Paraguay, and Bolivia; the Amazonian borderlands; the grasslands and steppes of southern Argentina and Chile; and Iberian trade and religious networks connecting the Americas to Africa and Asia. The volume is structured around the following broad themes: environmental change and humanly crafted landscapes; the role of indigenous allies in the Spanish and Portuguese military expeditions; negotiations of power across imperial lines and indigenous chiefdoms; the paralleldevelopment of subsistence and commercial economies across terrestrial and maritime trade routes; labor and the corridors of forced and free migration that led to changing social and ethnic identities; histories of science and cartography; Christian missions, music, and visual arts; gender and sexuality,emphasizing distinct roles and experiences documented for men and women in the borderlands. While centered in the colonial era, it is framed by pre-contact Mesoamerican borderlands and nineteenth-century national developments for those regions where the continuity of inter-ethnic relations and economic networks between the colonial and national periods is particularly salient, like the central Andes, lowland Bolivia, central Brazil, and the Mapuche/Pehuenche captaincies in South America. Allthe contributors are highly recognized scholars, representing different disciplines and academic traditions in North America, Latin America and Europe.

Forfattere
Bibliotekernes beskrivelse This Handbook integrates innovative, interdisciplinary approaches to the production of Iberian imperial borderlands in the Americas, from southwestern U.S. to Patagonia, and their connections to trade and migratory circuits extending to Asia and Africa. In this volume borderlands comprise political boundaries, spaces of ethnic and cultural exchange, and ecological transitions. 41 illustrations