The Outside Child, In and Out of the Book 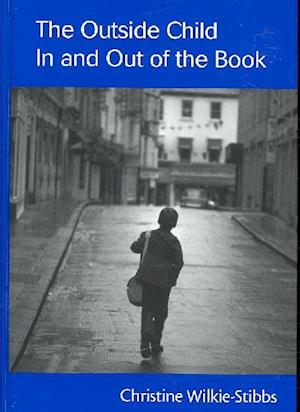 The Outside Child, In and Out of the Book is situated at the intersection between children's literature studies and childhood studies. In this provocative book, Christine Wilkie-Stibbs juxtaposes the narratives of literary and actual children/young adults to explore how Western culture has imagined, defined, and dealt with their outsider status - whether orphaned, homeless, refugee, victims of abuse, or exploited - and how processes of economic, social, or political impoverishment are sustained and naturalized in regimes of power, authority, and domination. In five chapters titled: "Outsider," "Displaced," "Erased," "Abject," "Unattached," and "Colonized," the book situates and repositions a range of pre- and post-millennium children's/young adult fictions, autobiographies, policy documents, and reports in the current climate of rabid globalization, new "out-group" definitions, and prescribed normativity. Children's/young adult fictions considered include: Malorie Blackman's Noughts and Crosses trilogy; Mark Haddon's The Curious Incident of the Dog in the Night-Time; Jacqueline Wilson's The Illustrated Mum; Shyam Selvadurai's Funny Boy; Ann Provoost's Falling; Meg Rosoff's, How I Live Now; Elizabeth Laird's A Little Piece of Ground. Autobiographical works include Zlata Filipovic's Zlata's Diary; Kevin Lewis's The Kid; Latifa's My Forbidden Face; and Valerie Zenatti's When I Was a Soldier.