The Origins of the Modern Japanese Bureaucracy 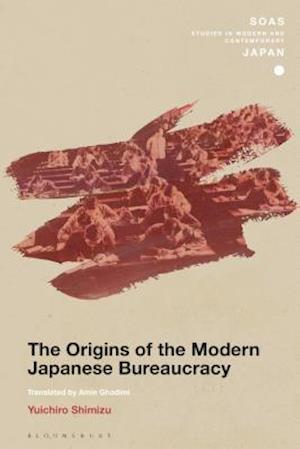 What is a bureaucracy, from where does it come, and how does it develop? Japanese have long described their nation as a "kingdom of bureaucrats", but until now, no historian has fully explained the historical origins of the mammoth Japanese executive state. In this ground-breaking study, translated into English for the first time, Yuichiro Shimizu traces the rise of the modern Japanese bureaucracy from the Meiji Restoration through the early 20th century. He reveals how the making of the bureaucracy was none other than the making of Japanese modernity itself. Through careful political analysis and vivid human narratives, he tells the dynamic story of how personal ambition, new educational institutions, and state bureaucratic structures interacted to make a modern political system premised on recruiting talent, not status or lineage. Bringing cutting-edge Japanese scholarship to a global audience, The Origins of the Modern Japanese Bureaucracy is not only a reconceptualization of modern Japanese political history but an account of how the ideal of "pursuing one's own calling" became the foundational principle of the modern nation-state.