The Origins of the English Marriage Plot

- Literature, Politics and Religion in the Eighteenth Century 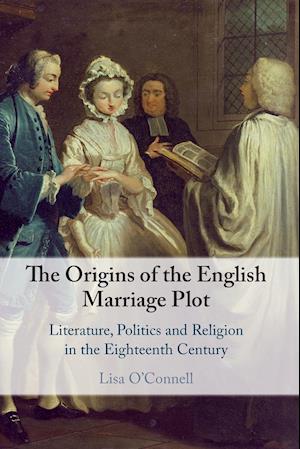 Why did marriage become central to the English novel in the eighteenth century? As clandestine weddings and the unruly culture that surrounded them began to threaten power and property, questions about where and how to marry became urgent matters of public debate. In 1753, in an unprecedented and controversial use of state power, Lord Chancellor Hardwicke mandated Anglican church weddings as marriage's only legal form. Resistance to his Marriage Act would fuel a new kind of realist marriage plot in England and help to produce political radicalism as we know it. Focussing on how major authors from Samuel Richardson to Jane Austen made church weddings a lynchpin of their fiction, The Origins of the English Marriage Plot offers a truly innovative account of the rise of the novel by telling the story of the English marriage plot's engagement with the most compelling political and social questions of its time.

Forfattere
Bibliotekernes beskrivelse Examines how and why marriage plots became the English novel's most popular form in the eighteenth century. This book will be of interest to students and researchers of eighteenth and early nineteenth-century English literature and culture as well as feminist literary history. Worked examples or Exercises; 1 Halftones, black and white; 4 Line drawings, black and white