The Origins of Meaning 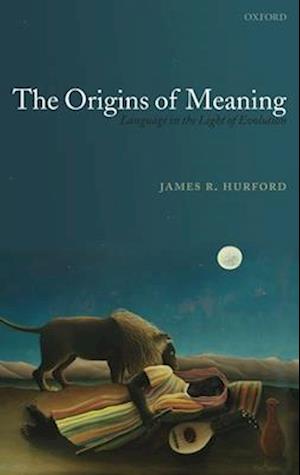 In this, the first of two ground-breaking volumes on the nature of language in the light of the way it evolved, James Hurford looks at how the world first came to have a meaning in the minds of animals and how in humans this meaning eventually came to be expressed as language. He reviews a mass of evidence to show how close some animals, especially primates and more especially apes, are to the brink of human language. Apes may not talk to us but they construct richcognitive representations of the world around them, and here, he shows, are the evolutionary seeds of abstract thought - the means of referring to objects, the memory of events, even elements of the propositional thinking philosophers have hitherto reserved for humans. What then, he asks, is theevolutionary path between the non-speaking minds of apes and our own speaking minds? Why don't apes communicate the richness of their thoughts to each other? Why do humans alone have a unique disposition to reveal their thoughts in complex detail? Professor Hurford searches a wide range of evidence for the answers to these central questions, including degrees of trust, the role of hormones, the ability to read minds, and the willingness to cooperate. Expressing himself congenially in consistently colloquial language the author builds up a vivid picture of how mind, language, and meaning evolved over millions of years. His book is a landmark contribution to the understanding of linguistic and thinking processes, and the fullest account yet published of the evolution of language and communication."A wonderful read - lucid, informative, and entertaining, while at the same time never talking down to the reader by sacrificing argumentation for the sake of 'simplicity'. Likely to be heralded as the major publication dealing with language evolution to date. Frederick J. Newmeyer, University of Washington