The Origin of Chirality in the Molecules of Life 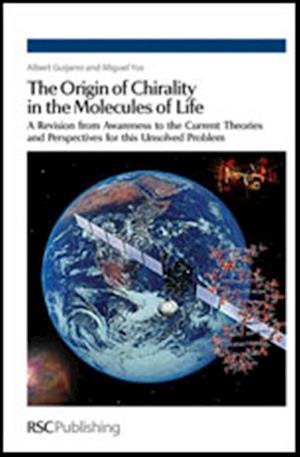 This book provides an interdisciplinary review of one of the great unsolved mysteries that has fascinated scientists for over 150 years: the origin of chirality in biomolecules. It was Pasteur who first initiated the search for a deterministic theory to explain the 'handedness' of biomolecules. His theory, that a 'dissimetric' force was involved, was correct in essence but he never saw the fruits of his labour. Current thinking tells us that asymmetry in the universe has its origins in the forces that unfolded after the Big Bang and, more specifically, the weak force. Being 'left handed', the weak force imprinted its signature on the evolving Universe. However, at the molecular level, the weak force does not provide a straightforward explanation of biomolecular homochirality. In fact, it is yet to be proved beyond doubt that a causal link exists at all. Many alternative theories have been put forward, some of them resting on solid ground, but all lacking definitive experimental evidence to back them up. Some postulate that the handedness of molecules in the biosphere arose by chance but this is hard to test. Others rely on discovering life on similar planets and making comparisons with Earth. Alternative theories have emerged from a range of backgrounds including geology, biology, chemistry, physics and astronomy. Current advances in fields as diverse as space exploration, prebiotic chemistry and high-energy physics may help to provide an answer. Important pieces of information will come from observations at the two frontiers of science: outer space and the subatomic world. Observation of distant planets, galaxies, and even actual sampling of celestial objects from beyond the solar system are projects currently underway. At the other end of the spectrum, there are experiments that study the elemental properties of matter, such as symmetry, and interactions with the fundamental forces. All these efforts will render their fruits soon. This volume unifies all the theories of the origin of biomolecular homochirality together in one source. The various chapters focus on chance mechanisms, physical forces such as the 'weakinteraction', fluid dynamics, amplification of chirality, the organic contents of meteorites and comets and, finally, the physical view of an intrinsically asymmetric universe. This complete, interdisciplinary review of an intriguing subject condenses a large and disparate range of contributions from journals in almost every scientific field. The various theories have been organized, interrelated and explained in a unified way. One of the book's strengths is its extensive use of graphic material to aid understanding the many subjects covered. It is fundamental, comprehensive and structured to be accessible for educational purposes.

Forfattere
Bibliotekernes beskrivelse An interdisciplinary review of one of the great unsolved scientific mysteries - the origin of chirality in biomolecules. No