The Oppositional Aesthetics of Chartist Fiction

- Reading against the Middle-Class Novel 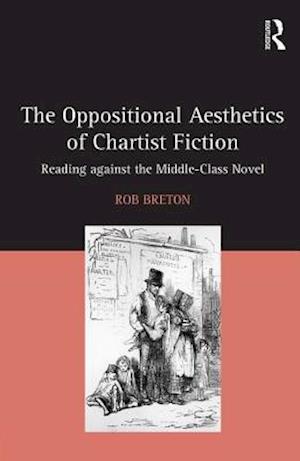 Redressing a gap in Chartism studies, Rob Breton focuses on the fiction that emerged from the movement, placing it in the context of the Victorian novel and reading it against the works aimed at the middle-class. Breton examines works by well-known writers such as Ernest Jones and Thomas Cooper alongside those of obscure or anonymous writers, rejecting the charge that Chartist fiction fails aesthetically, politically, and culturally. Rather, Breton suggests, it constitutes a type of anti-fiction in which the expectations of narrative are revealed as irreconcilable to the real world. Taking up a range of genres, including the historical romance and social-problem story, Breton theorizes the emergence of the fiction against Marxist conceptualizations of cultural hegemony. In situating Chartist fiction in periodical print culture and specific historical moments, this book shows the ways in which it serves as a critique of mainstream Victorian fiction.