The Ontology of Time 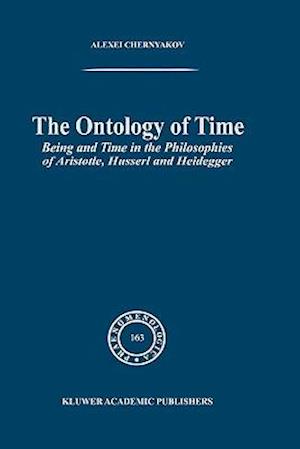 1.1. Why the Ontology 0/ Time? The intention that directs this research consists in an attempt to provide a herme- neutic analysis ofthe drastic changes, which have occurred in 20th century philoso- phy, in identifying the new role ascribed to the subject of time and temporality within the scope ofontology. Afterthe fundamental works ofE. Husserl, M. Heid- egger. P. Rica:ur. and E. Levinas, it has been understood that the traditional issue (which could be traced back to Parmenides) between being and time, between the eternal and the transient (or historical), must once again be re-examined. Time it- self is recognized now as the deepest ground of ontological inquiry, which sets in motion the entire system offundamental philosophical concepts. This does not mean, of course, that our understanding of time did not change in the course of these fundamental transformations. In order to comprehend the new role oftime within "first philosophy," the concept o/time itselfis to be subjected to a careful investigation and interpretation. It is necessary to come back to Aristotle's quest ions in Physics IV: In what sense can we ascribe being to time itself. and what is the "nature" of time as (a) being'!In other words, to understand the role oftime within the scope of ontology means to develop simultaneously the ontology 0/ time. This is what the title ofthis work intends to designate. Moreover, my aim is to dem- onstrate that in a defmite sense the postmodern onto-Iogy is chrono-Iogy.