The Old Indian Trail and Other Stories 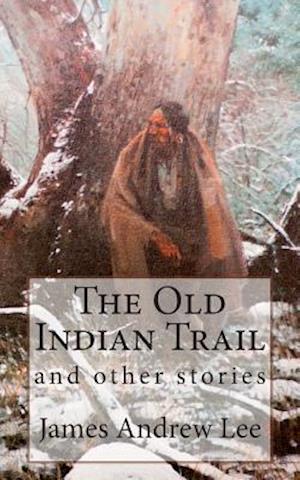 The Old Indian Trail School has finally let out for the summer. Two brothers set off in search of adventure through the mystical opening in the trees that surround their northern Indiana home. The old Indian trail had been used for centuries as a path from lake Michigan through the forest. The brothers encounter crystal marshes and native wildlife before finding a huge ironwood tree to climb. The long and arduous ascent is culminated with a wild ride in the wind on the top branches before they are attacked by a marauding murder of crows. After descending to the forest floor they engage in a hunt for arrowheads and glimpse the dark side of the old Indian trail. Isla Vista A freshman enters University of California at Santa Barbara and lives in the college village of Isla Vista. He is immersed in the counter culture and meets revolutionaries left from the riots that took place the year before. He is taught the art of the demonstration by skilled and sometimes dangerous tutors. The story culminates with an account of the march on San Francisco in the spring of '71 where more than a million people took part to stop the war in Vietnam, based on a true experience. The Banana Box A humorous tale situated in the California aerospace boom in the 1980's, the maintenance department perpetrates a hoax on a fellow employee that reaches to the upper levels of management and engineering. The practical joke goes far beyond its intentions and causes repercussions that cause the perpetrators to question the reaction of their fellow workers and the infallibility of the engineers in the space program.