The Old English Canons of Theodore 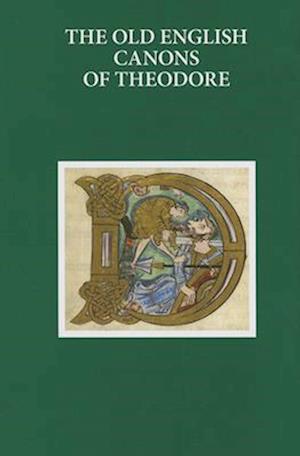 The Canons are one of the earliest handbooks of penance to appear in any West European vernacular. The material shows the Anglo-Saxons addressing matters ranging from baptism and the ordination of priests to the conduct of the married and sexual norms. Less a translation of the judgements attributed to Theodore, Archbishop of Canterbury (d. 690), than an adaptation of these materials, the work is of major importance for specialists in Old English and historians ofmedieval Europe generally, affording an early view of what pastoral care in early England may have looked like which is more authentic than the Latin texts on which they are based.

Forfattere
Bibliotekernes beskrivelse The Old English Canons of Theodore is one of the earliest handbooks of penance to appear in any West European vernacular. This edition situates the texts within the context of early penitential practice and social history, and provides a full bibliography and extensive commentary. 1 black-and-white halftonePRIZES:Winner of Winner of the International Society of Anglo-Saxonists Publication Prize 2013 for "Best Edition of an Anglo-Saxon (or Anglo-Latin) Text, Any Medium.".