indgår i serie No. 24 Elite Series 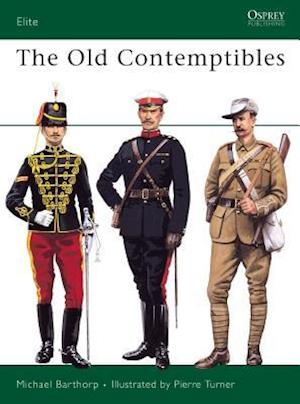 Osprey's study of British forces from the time of the Second Boer War (1899-1902) up to World War I (1914-1918). On 19 August 1914 Kaiser Wilhelm II ordered General von Kluck, commanding the German First Army, to 'exterminate the treacherous English and walk over General French's contemptible little Army'. The 'Old Contemptibles' adopted the aspersion like a treasured regimental title, their subsequent successes earning them a more accurate evaluation as 'the best trained, best organised and best equipped British Army that ever went forth to war'. This book examines the history, organization and uniforms of the British Expeditionary Force of the early 20th century. The text is accompanied by numerous illustrations, including maps, photographs, and colour plates.