Ohio and Malta, The: the Legendary Tanker that Refused to Die

- The Legendary Tanker That Refused to Die 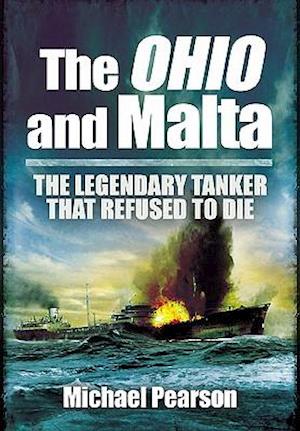 During the dark days of WW2 Malta became the lynchpin of the Allied campaign in the Mediterranean and North African theatres and a vital base from which to attack Axis convoys supplying Rommel's Panzer Armee in Libya. Malta was, however, extremely difficult to keep supplied, (particularly with oil), and by the summer of 1942 the Island was close to surrender; the Pedestal convoy of august that year was literally the last chance.rnrnOn entering the Mediterranean the convoy was subjected to prolonged ferocious air and submarine attacks and suffered terrific losses both in warship escorts and merchantmen. OHIO, being the only tanker, was marked for particular attention, and during the course of her voyage suffered a direct hit from a torpedo, direct bomb hits, any number of near-misses, and was struck by two Luftwaffe aircraft shot down while attacking her. Despite her engines being dead and her hull practically broken in two, she was towed into Grand Harbour by three destroyers and a minesweeper with her vital cargo virtually intact.