THE OBAMA ANNALS: A Weekly Chronicle of the Obama Years 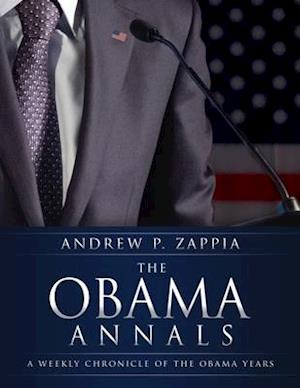 The election of Barak Obama as President was a watershed moment for our nation.  Not only was he the first African American ever elected President, but also he won in a landslide at a time of financial crisis at home, and terrorist threats abroad.  Mr. Obama won with a message of hope and change.  During his eight years in office, America and Mr. Obama changed in many ways, but throughout, Mr. Obama remained a divisive figure.  This book offers a comprehensive chronicle of the Obama Presidency, from its first week until its last.  It is a contemporaneous history, with each weekly chapter written within days of the events described.  What emerges from this chronicle is a history of the man, his times, and his efforts to transform America based on a liberal vision.  The book ends where it began, on the West Portico of the Capitol, with a new President being sworn in (the unconventional Republican victor Donald Trump), and his predecessor departing, a very disappointed Barak Obama.  It is for the reader to judge how much America changed for the better under Mr. Obama, and how much hope endured.