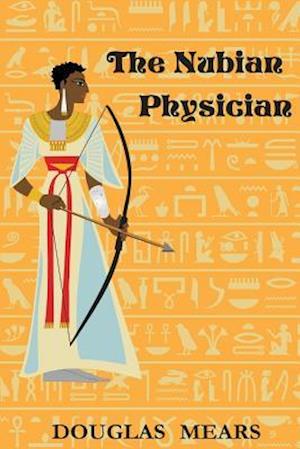 "The Nubian Physician" is the story of a brave young woman who enjoyed being different. Khefra was strong willed and didn't care what others thought about her because it didn't matter. She was too young to know that Egypt was the only place in the ancient world where women could do or be whatever they wanted, even become pharaoh. Women had full legal rights and property was inherited through the women of the family because maternity is a matter of fact while paternity a matter of opinion. Khefra's first goal was to escape the most boring place in the world but she needed a plan. That's when the rebellious teenager decided to study medicine, because doctors were needed everywhere. It's the late Bronze Age - 1,200 BC - when Babylonia and Thebes were already a thousand years old. Egypt and the Hittite Empire were the two super-powers of the day until suddenly threatened from all sides with successive waves of invaders called the 'Sea People.' In danger for her life, Khefra must use her deadly archery skills against Egypt's enemies on both land and sea. Meanwhile, the royal court is already seething with conspiracy and intrigue when she becomes involved with the infamous 'Harem Conspiracy.' Why can't a woman be the best shot or come up with an imaginative plan to defeat the enemy? "The Nubian Physician" is a riveting adventure tale of bravery and daring deeds where a heroine overcomes prejudice and adversities to attain her goals and she did it her way.