- Ancient Heresies Still With Us 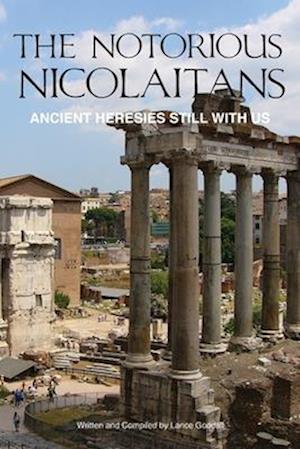 The book of Revelation contains a lot of things that are mysterious. Some are mysterious because symbolism, others are mysterious because of what they are referring to is simply unfamiliar to us. For example, the book of Revelation refers to an obscure group known as the "Nicolaitans."Who were they? We will seek in this book as much as possible to shed some light on the question. . .One burning question was, 'Who were the Nicolaitans?'I needed to know where they fitted in, knowing that God is not a man who lies. Nothing he says is just fill. All scripture is inspired of God right? (2 Tim 3:16)I have written this book purely out of my own desire to understand who the Nicolaitans were. The book was previously nothing more than a paper on this mysterious group, some information I had gathered, thrown together over a week, and sent out to a couple of friends for their interest, feedback and approval.After initially 'solving the case', having read several helpful articles, one in particular which had listed all the references by the church fathers to the Nicolaitans, (due to the limited reference to them in the scriptures), some of the more obscure bible verses began to make sense; as it were, the penny dropped. But there was more to uncover.Were the Nicolaitans some mystery cult that the church had to contend with? Were they really a danger to the church? Was it, as is often said, that the Nicolaitans were this elite religious class who 'lorded it' over the laity - a ruling class, standing over God's people - that the Lord Jesus hated? This was the well-worn answer, but it failed to bring proper resolution to my mind.My research brought home the disturbing realization that the Nicolaitans are still with us. The following pages are my desire to bring to light bible passages too oft passed by or glossed over because it was always assumed I couldn't really know. Or had I the explanation already - that church leaders and the pastors are ruling badly over the sheep? A more profound and alarming explanation can be found in the pages of this book. Paul wrote to the Corinthian church 'Your glorying is not good. Know ye not that a little leaven leavens the whole lump?' (1 Cor 5:6).This dangerous Nicolaitan doctrine was present among the Corinthians in the first century. Paul sought to eradicate it. In our day the work of leaven is still making its presence felt. The Nicolaitan leaven is leavening the whole lump.