The Not So Boring Letters of Private Nobody 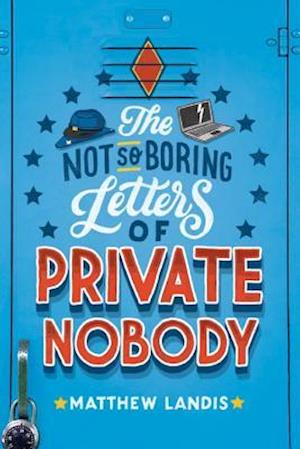 A trio of seventh graders become one another's first friends as they discover the secrets of a Civil War soldier in this middle grade novel for fans of Gordon Korman and Gary Schmidt Twelve-year-old Oliver Prichard is obsessed with the Civil War. He knows everything about it: the battles, the generals, every movement of the Union and Confederate Armies. So when the last assignment of seventh-grade history is a project on the Civil War, Oliver is over the moon--until he's partnered with Ella Berry, the slacker girl with the messy hair who does nothing but stare out the window. And when Oliver finds out they have to research a random soldier named Private Raymond Stone who didn't even fight in any battles before dying of some boring disease, Oliver knows he's doomed. But Ella turns out to be very different from what Oliver expected. As the partners film their documentary about Private Stone--with Oliver's friend Kevin signing on as their head writing consultant--Oliver discovers that sometimes the most interesting things are hiding in uninteresting places. Even Private Stone is better than expected: There's a mystery buried in his past, and Oliver knows he can figure it out.

Forfattere
Bibliotekernes beskrivelse A trio of seventh graders become one another's first friends as they discover the secrets of a Civil War soldier in this novel ideal for fans of Gordon Korman and Gary Schmidt.