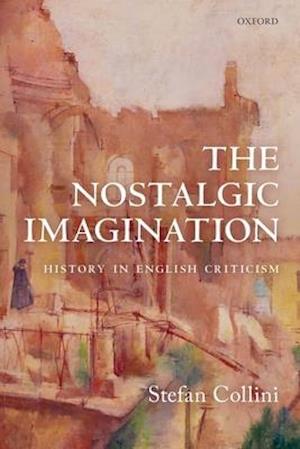 This unusual book explores the historical assumptions at work in the style of literary criticism that came to dominate English studies in the twentieth century. Stefan Collini shows how the work of critics renowned for their close attention to 'the words on the page' was in practice bound up with claims about the nature and direction of historical change, the interpretation of the national past, and the scholarship of earlier historians. Among the major figuresexamined in detail are T.S. Eliot, F.R. Leavis, William Empson, and Raymond Williams, while there are also original discussions of such figures as Basil Willey, L.C. Knights, Q.D. Leavis, and Richard Hoggart. The Nostalgic Imagination argues that in the period between Eliot's The Sacred Wood andWilliams's The Long Revolution, the writings of such critics came to occupy the cultural space left by academic history's retreat into specialized, archive-bound monographs. Their work challenged the assumptions of the Whig interpretation of English history, and entailed a revision of the traditional relations between 'literary history' and 'general history'. Combining close textual analysis with wide-ranging intellectual history, this volume both revises the standard story of the history ofliterary criticism and illuminates a central feature of the cultural history of twentieth-century Britain.

Forfattere
Bibliotekernes beskrivelse In the book born from his Oxford Ford Lectures, Stefan Collini challenges the historical assumptions at work in twentieth-century English literary criticism, showing how the work of critics was bound up with claims about the nature and direction of historical change, the interpretation of the national past, and the work of earlier scholars.