The North Mkata Plain, Tanzania: A Study of Land Capability and Land Tenure 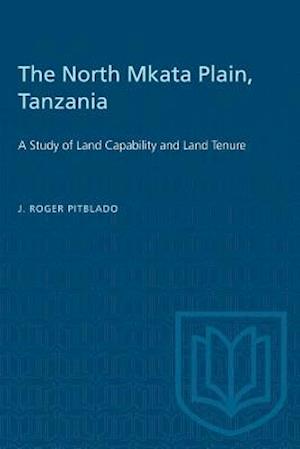 The failure of many of Tanzania's rural development schemes and policies results from their incompatibility with existing agricultural systems. To date, information necessary for the assessment of such schemes has been sparse, particularly with respect to soils and land tenure, the agricultural subsystems frequently cited as sources of bottlenecks to rural expansion.

In this book Professor Pitblado describes and evaluates these subsystems and their possible influence on agricultural development of the North Mkata Plain. The study area (2740 sq. km in east central Tanzania) has previously been identified as an area for potential rural development by the International Bank for Reconstruction and Development.

In addition to presenting soil survey data recovered in the field, the author classifies and maps the soils by capability groups indicating the degree and kind of limitation that would be faced in using each for general agriculture. Pitblado reviews relevant Tanzanian legislation for the period 1884-1978, revealing how to the two major forms of rural tenancy -- rights of occupancy by grant and by customary law -- evolved. These modes of occupancy are examined at a reconnaissance level throughout the area and in detail for the section of the plain where land tenure rules were governed by the customary laws of the Ngulu people.

Information on the two subsystems is integrated by examining their influence on current land use and on future agricultural production. The author concludes that agricultural development is only ecologically feasible in selected areas through changes in the land use patterns and management practices in areas now under cultivation, and warns that some of the recommended changes will be inhibited by both historical and current land tenure rules and regulations.