- The Extraordinary Story of How India Took Over the Cricket World 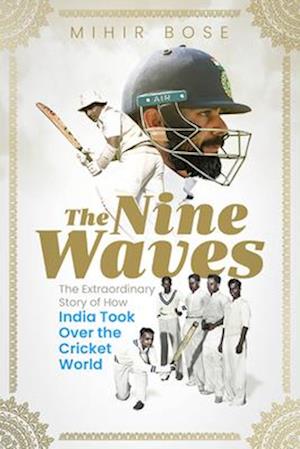 The Nine Waves is a tour de force. The most entertaining and up-to-date history of Indian cricket ever published, it tells the story of the nine great waves of the game from 1932 to the present day. Each wave in Indian cricket was chock-full of mesmerising stars, thrilling moments, great victories, heartbreaking losses and significant turning points. The first wave of Indian cricket rolled in against the backdrop of momentous changes in the country and the world: Gandhi's civil disobedience campaign, World War Two and Indian independence. Through each of the waves, India strengthened its position in the cricketing firmament. By the end of the 20th century, it was the most powerful nation in world cricket. Award-winning journalist, broadcaster and author Mihir Bose brings together his first-hand experience of some of the most seminal moments in Indian cricket, his encyclopaedic knowledge of the game and his unrivalled ability as a chronicler of the sport to create a magisterial history of Indian cricket.