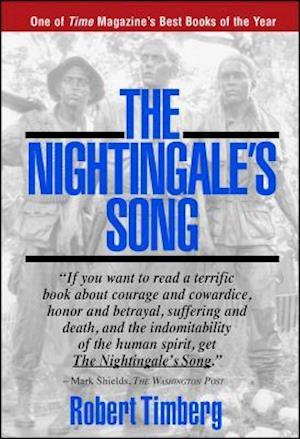 Robert Timberg weaves together the lives of Annapolis graduates John McCain, James Webb, Oliver North, Robert McFarlane, and John Poindexter to reveal how the Vietnam War continues to haunt America. Casting all five men as metaphors for a legion of well-meaning if ill-starred warriors, Timberg probes the fault line between those who fought the war and those who used money, wit, and connections to avoid battle. A riveting tale that illuminates the flip side of the fabled Vietnam generation -- those who went.

Forfattere
Bibliotekernes beskrivelse Robert Timberg weaves together the lives of five well-known naval Academy graduates to reveal how the Vietnam War continues to haunt America. "This is an amazing piece of work that could make you cry over descriptions of bravery so bold and so big that you wonder how our country deserves such men. . . . It is about the soul of a nation".--Mike Barnicle, The Boston Globe Books. photo insert.